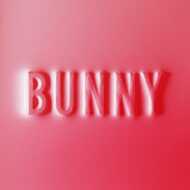 Matthew Dear is a shapeshifter, oscillating seamlessly between DJ, dance-music producer, and experimental pop auteur. He is a founding artist on both Ghostly International and its dancefloor oshoot, Spectral Sound. He writes, produces, and mixes all of his work. He straddles multiple musical worlds and belongs to none, now nearly 20 years into his kaleidoscopic career, with five albums and two dozen EPs plus millions of miles in the rearview of his biography. Bunny is the name of Matthew Dear's fifth album. His first since 2012, it bounces into plain sight preceded by two slyly dierent singles in 2017: the moody, urgent "Modafinil Blues" and the buoyant, blithe, Tegan and Sara-featuring "Bad Ones." Bunny follows both modes, among others, parading down a rabbit hole of unhinged phrasings, dreams, and interludes. It saunters in the shadows; it stands brightly in the moonlight. Bunny is a dual vision of avant-pop; an artistic reckoning from a 21st-century polymath; persona splintered, paradox paraphrased, a riddle rendered.

Back to Overview
« Previous Product Next Product »
Vinyl 2LP + Digital