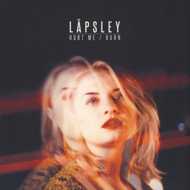 ‘Hurt Me’ was originally premiered by Radio 1’s Annie Mac as her Hottest Record and has since received widespread critical acclaim. Complex stated that “Låpsley packs a powerful emotional punch with a hypnotic ability that marks her as one of the most promising new artists out there,” while Clash said “‘Hurt Me’ is effortlessly stylish, it’s a seductive pop gem from an artist at the top of her game.” Meanwhile, The Fader described ‘Hurt Me’ simply as “shiver-inducing.”

Recorded over the summer at the XL Recordings studio in Ladbroke Grove, West London, ‘Hurt Me’ features alongside another new track ‘Burn’ on Låpsley’s latest two track release.