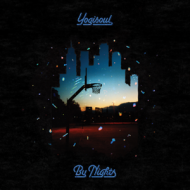 Yogisoul, is one of three producers in the Mutual Intentions crew (Ivan Ave, Fredfades, Charlotte Dos Santos, S.RAW & others). He is originally from Moss, a small town an hour outside Oslo, Norway. He was introduced to all kinds of records at an early age. Yogi's spent years developing a unique sound and has been making songs for rappers and singers for a long time. Many listeners were introduced to his warm and soulful beats on the first Mutual Intentions cassette tape. Vinyl samples, dusty rhodes, thick-layered basslines and un-quantized crispy drums are essential to Yogi's sound.

He was educated as an audio engineer at the University of Wolverhampton, hence he emphasises the quality of the sound of his production. Bridging the gap between the old and the new, he's SP1200, analog synths and the Maschine combo he uses results in beats with a warm and precise character. While remaining in the hip hop genre, his production can also relate to soul singers and jazz musicians, which is demonstrated on his conceptual debut album "By Nights".